Showing posts from May, 2017
Show all

Tips From a Young Writer: The Mid-Goal 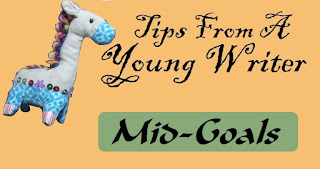 
Mid-goal? I hear some of you ask. What's that?

Well, it's a plotting device that I noticed somewhere in the writing of The Ankulen and I have used in almost every one of my books. And I searched books of writing advice, but the closest thing I've found anyone else talk about is the pre-climax (or something to that tune) which, though it's similar, has it's differences. A pre-climax is usually an echo of the official climax, the big difference being the fact that the hero fails.

The mid-goal is broader than that. And it's something that I have employed in all three of my published books, and in Infiltration. I've seen it in other books, too, so I know it's not just me. So what is it? Well, in the simplest terms possible, it's a pivotal event or a second goal for your characters to achieve that will completely shift the focus of the novel and on which the ultimate goal and climax of your book relies. Usua…
Post a Comment
Read more

Tips From a Young Writer: Beginnings 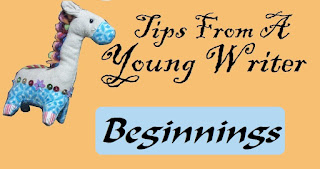 It was the best of times, it was the worst of times ... (Tale of Two Cities)

There once was a boy named Eustace Clarence Scrubb, and he almost deserved it ... (The Voyage of the Dawn Treader)

It needs a good beginning.

The question is, however, how do you get a good beginning?

First off, start with the chapter. You can always change the opening sentence later to make it sound more grabbing, but if you write a brilliant first sentence, and then it completely does not fit the book, well, it'll just make you cry. Sure, try to make the sentence as grabbing as you can (for you, if you aren't pulled into what you're writing at the first sentenc…
Post a Comment
Read more
More posts