Showing posts from March, 2017
Show all

Tips From a Young Writer - Characters 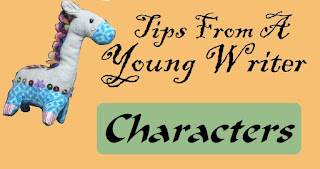 One of the most important parts of a book are the characters. If you don't have a character your reader will fall in love with, they will put the book down and not touch it again.

So, one of the biggest challenges an author has is how to create a character that will keep the reader from putting the book down. Now, that's a pretty tall order. You've got to create an entire person and effectively bring the character to life through words.

How are you supposed to do this????

The first thing you have to do is define your character. Give your character a name, a brief backstory, a basic appearance, and a core personality. For example, I'm going to create a character named Julia. I think she is a little girl of ten or twelve who discovers a strange egg in her backyard ... which glows red. As for basic appearance, I think she's of average height, has blue-green eyes, ginger hair, and freckles. Lots of freckles. As for core pe…
Post a Comment
Read more

Tips From a Young Writer: Inspiration 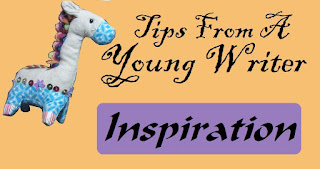 Tips From a Young Writer: Plagiarism 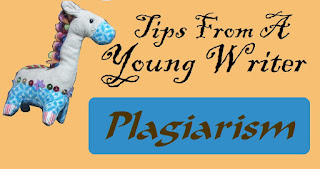 As a young writer, I am a firm supporter of other young writers. However, there are many young writers out there that haven't a clue as to how to go about writing their books. I have decided to write tips that I have learned from my own experience, and show some pitfalls that young writers (and any writer at that) should avoid.