May 23, 2018
So, this is a post that I thought I was going to share on Saturday, but once Sarah Allerding sent it to me, I decided that it would be much more beneficial here, especically given how many authors I have posting on fantasy.

Children's time travel is a genre that I read and watched sooo much of as a kid - Magic Tree House, The Magic Attic Club, Castle in the Attic (probably a bit more fantasy than historical, but it had the feel), Indian in the Cupboard, Superbook, and countless more that I'm not calling off of the top of my head. (Ah, childhood and the way it blurs together.) So, reading Sarah Allerding's Swords of Time was a trip into the past for me in more ways than one.

Also, Swords of Time has the distinct honor of being the first official GiraffeCrafts blog tour, and will be releasing on the 25th of next month. Sarah and I would very much appreciate it if you popped over and signed up to help us spread the word! 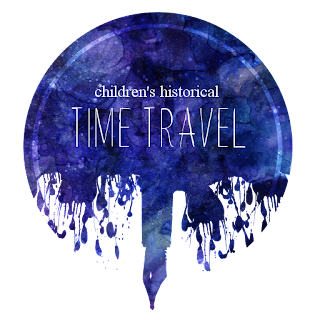 My latest book is a historical fantasy about the medieval period. It is not specific to a particular time or place in that era, but it accurately reflects general medieval customs and styles.
If you write historical fantasy that requires strict details, these tips may not be helpful.  But if you simply want some historical flavor in your fantasy, here is how I do it.

My characters use time travel to reach the medieval age. Only those from the modern world are allowed to do things that would be impossible for those who lived in that time period. I use the modern character’s knowledge of things that don’t exist in medieval times to explain some of the medieval practices. For example, I have my one of my characters think about how he learned about the fact that forks didn’t exist. He also “explains” a medieval practice to the readers as he thinks about why they did something a certain way.

Historical accuracy: Check your library or look for books recommended by a serious historical group. Don’t randomly grab facts from any website. Much that is on the Internet isn’t reliable and could lead you to misinformation. It was important that everything my medieval characters said or did was actually said or done at some time or place in the medieval era. In other words, my story as a whole is not intended to reflect a specific place or time with complete accuracy. It is set in a fictitious region sometime in the Middle Ages (ca. 700 to 1500 AD).

Consequently, this approach will not satisfy those who are looking for great historical accuracy.  Some events or features may not have historically happened at the same time, e.g. a castle that didn’t have a specific style at the same time as a certain weapon or battle strategy. For this reason, I recommend including a disclaimer so that readers know they are not getting a book that will give them exact details about a specific historical period.
Genre: Historical Fiction Indie e-Con Preparing to Write Sarah Allerding