Since I wasn't there, nor do I know anyone who was, it is, understandably, an intimidating era to tackle - but I have Katy Huth Jones here to cover the topic. Hopefully, we can emerge at the end better equipped to pen stories into this interesting time.

Katy is primarily a fantasy author, but her traditionally-published Treachery and Truth is a biography of King Wenceles, a fascinating figure of the time. Let's hear what advice she has for us! 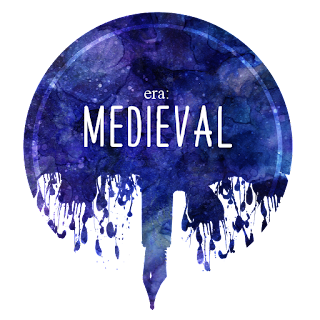 How can a historical fiction writer find credible evidence about people who lived hundreds of years ago? After all, it’s not possible to interview William the Conqueror, since he died in 1087.

The key is to turn over every possible rock in your search for information. If the subject of your novel lived too far away to personally visit the sites where he lived, chances are someone else is obsessed with your historical person, too, and has written a book, an article, or has compiled original sources, the most valuable resource of all.

For example, if you want to write a book about William I of England (the Conqueror), you could travel to Falaise in Normandy, France to see where he was born, then visit the site of the Battle of Hastings in southern England, and finally Westminster Abbey in London, where Harold Godwinson was crowned king in January 1066, and after Hastings in October, William was crowned king on Christmas day of the same year. Then, if you have time, you can visit the remains of motte-and-bailey castles William had built all over . We recently saw one in .

Personal visits are great, not only because you see the site with your own eyes, but you can take in the surrounding countryside to get a feel for the place. Museum docents are self-taught experts and delight in answering your many questions. They often provide snippets of information not found elsewhere that will fire your imagination.

If you can’t personally visit faraway places, the next best thing is to find well-researched books on your historical person. A librarian helped me find a rare book about Saint Wenceslas when I was researching Treachery and Truth. Be sure to read as many accounts as practical, especially those written from opposing viewpoints. One author may hate your subject, and to another he/she is their personal hero. The truth is probably found between those extremes!

Many museums have user-friendly websites with photos and other great information. They can be the next-best thing to visiting in person. Before I was able to visit St. Vitus Cathedral in , I took a “virtual tour” on their website. No crowds! If you can contact a docent via email, he or she may be willing to answer questions. It’s rare to find someone so knowledgeable who is NOT willing to share their obsession!

An example relating to William the Conqueror is a site devoted to the Bayeux Tapestry (actually embroidered on cloth), an amazingly well-preserved piece of history commissioned during William’s lifetime by his half-brother Bishop Odo of Bayeux, to document the events leading up to and including the Battle of Hastings. Just by studying this eyewitness “document” one can learn much about armor, weapons, warfare, and the attitude of the times: http://www.bayeuxtapestry.org.uk/Index.htm

That leads me to my last point: attitude. The way people thought and acted a thousand years ago is not the way we think and act in the twenty-first century. Some feelings and experiences are universal to the human experience, such as survival, attachments to family and friends, loyalty, greed, a thirst for power, a system of religion or belief in a higher power. But other experiences taken for granted in earlier times are foreign to those of us who have lived in a democracy all our lives: slavery, severe laws and brutal punishments, a caste system in which some people are more highly valued than others, and illiteracy, even among the nobility. In our research, we have to try to understand our historical figures within the context of the time they lived, for their thoughts and deeds were a result of those influences.

For example, when my husband and I were re-enacting George and Martha Washington, I found historical patterns from which to make our costumes. I realized there was a good reason people in the 18th century looked so stiff and formal in their portraits—they could hardly move, the clothing was so confining! I must say, my tall, noble-looking husband made a perfect George; when he put on the costume, he BECAME George Washington. He’d read so many of ’s writings, he could speak like him and act like him! It was amazing! Not me—I’d forget Martha would never say words like, “Cool!”

Historical fiction is not the same as writing a biography. Where no facts can be found, imagination, after total immersion, can fill in the gaps and bring your favorite historical people to life for other lovers of history. Happy digging, and have fun!