May 22, 2018
Foreshadowing is my favorite thing to write. Sneaking in subtle details to leave readers guessing. Today, I have Savannah Jezowski here to talk about how to do just that.

Savannah is the author of two fantasy novels, and one of the authors in the amazing Five Enchanted Roses collection. Her newest book, After, is a prequel to her story in that anthology. Her writing has a subtle, creepy tone that is chilling and beautiful all at once. While she doesn't have any published novels that are officially mystery, she has agreed to help me fill the gap in mystery authors.

Let's see what she has to say about foreshadowing! 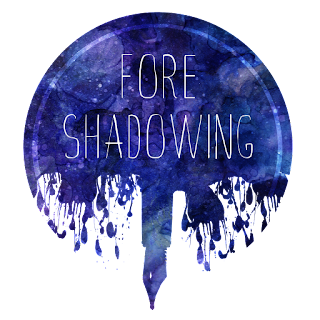 Today I am going to talk about Foreshadowing your Mystery. Just in case some of my non-writing readers are following my posts this week, when I say "Foreshadowing" I am not talking about a shadow. I.e. The one Peter Pan loses and chases around Wendy's bedroom. I am talking about laying the groundwork for surprises, for the big reveals, for the shock "I did NOT see that coming" moment we all love in a good story.

Yes, we want to be surprised...but, let's face it, we like to know it's coming, and when it arrives, we NEED to know that it makes sense. Back to my authors, this post can be applied to any story in any genre, whether you are writing that timeless Detective mystery, a romantic thriller, suspense, a fantasy or science fiction story with a mystery weaved throughout...every story, every one that is well-told, will have foreshadowing. First, let's talk about some of the best surprises in literature. Whenever I think of a POW moment in fiction, I almost always think of The Hunger Games. That moment when Peeta says that Katniss is pregnant? Even though I know it's coming because I've read the book before...I still LOVE that moment. I'm totally surprised, because Katniss is totally surprised. She wasn't let in on the secret. However, the play makes sense because the author had previously established that Peeta has a way with words and people. You believe this amazing twist of Peeta's because the author FORESHADOWED that he has the gift for surprise moments like this. Every time he opens his mouth, you feel like grinning because you know what he is capable of. Peeta isn't just the baker's homely, quiet son who's going to try to kill his opponents with big sacks of flour. And the author gives us glimpses of this as she spins her tale and develops his character.

For my fellow geeks, another big reveal I've always loved in fiction is when we find out that Leia and Luke are siblings. (Let's not get into the whole, I kissed my brother thing, because that's just gross). When you get to that moment, you're like: That makes so much sense! I believe this! The reason for this is because George Lucas knew this plot twist when he began writing the story and he PREPARED us for the revelation.

One of my favorite screen writer's is M. Knight Shyamalan. He has such an amazing gift for suspense, and the way he foreshadows the stories he is trying to tell...truly, it's brilliant. My two favorites are The Village and Signs. Have you ever sat down and watched Signs for the pure pleasure of tearing it apart? From the moment Dad sits up in bed because he heard something outside, to the rumors being spread around town, to the last moment when he and his brother look across his living room and see all the glasses Bo has left around that he can use to defeat the alien that's about to kill Morgan...who survives because of the asthma that was clearly threaded into the story...it's brilliantly done. Every step is planned, every twist is prepared for. If you've never seen this movie, you seriously need to. The most important thing to remember as you are making your big reveals is that you need to prepare for them. Leave bread crumbs. Don't spoil the surprise, but use the other resources you have at your disposal to prepare us for the shock.

"A lion. A massive lion, as tall as a house...Its fur was as black as the surrounding night itself, swallowing any light that dared to reach out and touch it." So Sang the Dawn by AnnMarie Pavese

I could say a lot more on the subject, but time is running short. To summarize: Know where you are going and plan how you mean to get there. Use the resources you already have in place--your characters, your setting, your dialogue, your mood and tone--and don't forget to leave us those bread crumbs. Your readers will be thankful you did.
Genre: Mystery Indie e-Con Savannah Jezowski Writing Advice 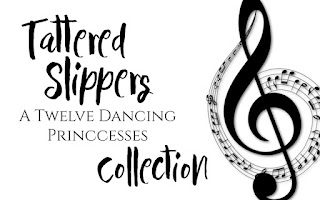 First off, what is the Tattered Slippers Collection?
You possibly already know, but in case you don't, here's the rundown. It's not an anthology. It's not even a series. It's a set of authors who are banding together and publishing their books together at the same time as a means of cross-promotion. And every book will be a retelling of the beloved fairy tale The Twelve Dancing Princesses. And your book doesn't actually have to feature tattered slippers, it merely must be recognizable as The Twelve Dancing Princesses.

Okay, so how is that going to work?
Every book in the collection will be a story that was written or worked on as part of the Arista Challenge. Authors interested will send me their stories, and I'll choose up to fifteen of them to be released together at the end of August. I'll assign each author a day when t…
Read more