I have Kyle Robert Shultz here to discuss this very topic. He's the author of the brilliant Beaumont & Beasley series, which is a hilarious mashup of English 1920's Urban with fairy tales. FAIRY TALES I SAY. And it's brilliant and hilarious, did I mention? 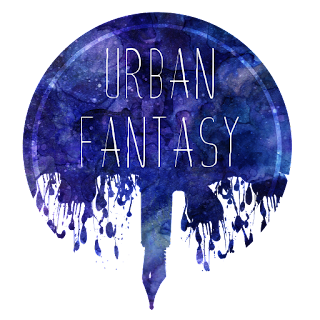 Debunking the Myths of Urban Fantasy

The urban fantasy subgenre isn't exactly the new kid on the block--technically, it's been around since the 1980's. However, it has enjoyed a massive surge of interest within the past ten years or so, primarily due to the popularity of Jim Butcher's Dresden Files series.

The problem is, sometimes it feels like everyone who writes UF these days tries to copy Butcher. Now, don't get me wrong--The Dresden Files are superb. But because they are viewed as "classic" urban fantasy, authors aspiring to write UF assume that Butcher's novels establish the rules of the subgenre. As such, urban fantasy is commonly defined as fantasy themes in a modern big-city setting, usually with gritty, noir-ish overtones.

Of course, if this is the kind of book you want to write, go ahead and do it--Jim Butcher doesn't have exclusive rights to the concept. But to limit urban fantasy to this definition is to miss the point of the subgenre entirely. Urban fantasy breaks the rules of fantasy in ways that other subgenres don't, mainly by its total abandonment of the typical medieval setting usually found in epic and portal fantasy. In UF, magical elements are juxtaposed with the ordinary trappings of the "real" world, which leads to a host of storytelling possibilities. That's the intrigue at the heart of urban fantasy--finding magic in a place you would have never thought to look for it.

With that in mind, let's talk about some of the common misconceptions about urban fantasy and examine ways in which you can subvert the tropes of this very fun genre.

Myth #1: You must have extensive personal experience with cities in order to write urban fantasy.
I've never lived in a city in my life, and yet most of my Beaumont and Beasley books are set in one. You only need to have urban experience to write urban fantasy if the story you're writing is set in a magical version of a real-world location. In that case, you'll want to avoid any glaring mistakes that natives of that city will be bound to spot. Even so, you'll be writing in an alternate reality, so a few minor divergences from “our” reality won't be the end of the world. As long as you have a rough idea of how the average city feels and looks, you can confidently write in a fictional city of your own invention. A little easy research on Wikipedia or YouTube can help to fill in the gaps.

Myth #2: Urban fantasy has to take place in the modern era.
Just because a fantasy is "urban" doesn't mean it needs to be set in the twenty-first century, or even the twentieth. Feel free to be creative when you pick the time period of your story. For the Beaumont and Beasley series, I went with the 1920s due to my love of P.G. Wodehouse. I've also recently written an urban-fantasy story set in a version of Regency-era London (1816, to be precise). So long as you're using some kind of urban setting, you can write in any time period you like without diverging from UF altogether.

Myth #3: Urban fantasy has to be set in a known large city, either in America or the UK.
Be imaginative when picking your city, as well. There are plenty of international cities that don't often get the urban-fantasy treatment, so if you know enough about one of those to set a story there, go for it. In addition, there are quite a few cities in America and the UK that few if any UF authors have used. What about an urban fantasy set in Seattle, or Boise, or Dublin? Beyond that, alternate realities are inherent to pretty much all UF, so be sure to embrace all the possibilities of that concept when planning your setting. How has history unfolded in your magical urban reality? Is the existence of magic and monsters known to everyone, or just a chosen few? What effects, if any, does magic have on the everyday lives of ordinary people in your world? My own books are set in an alternate version of London called Talesend, where fairy tales are a part of history and magic, though presumed to be extinct for centuries, is making a comeback. This has proved to be an extremely versatile "story generator" for me, as I examine all the implications of this premise for both history and current events in my fictional universe.

Myth #4: Urban fantasy has to be dark and gritty.
Quite a few UF novels are dark and gritty, to good effect, but that doesn't mean yours has to be. I personally don't enjoy writing this kind of story, so my urban fantasy books are quite humorous in tone aside from a few tense moments. Don't let the popularity of darker elements in this subgenre scare you away from writing in it. Your UF story can be as upbeat as you like.

Myth #5: Urban fantasy has to be urban.
Okay, so this isn't technically a myth. If you write a story that blends fantasy elements with a small town in the midwest, it doesn't exactly fall within the confines of urban fantasy. But maybe that's the kind of story you want to write, and you've been inspired to do it because of all the authors who have broken the rules and put sorcerers and centaurs in Detroit.

As I said before, what sets urban fantasy apart is its willingness to "break the rules" and write stories that are outside of the medieval-European norm. Urban fantasy might have been the first fantasy subgenre to gain traction by doing this, but it's not going to be the last. We need fresh, original stories on the market that don't stick rigidly to established conventions. So go crazy. Put your magic and your fantasy creatures in the Wild West, in a tech-driven future, on a spaceship headed for a distant galaxy...or whatever wacky combination you can dream up. The multiverse is your oyster. Use the clever genre-twisting of urban fantasy as a springboard to do whatever you want, and most importantly, have fun.
Genre: Fantasy Indie e-Con Kyle Robert Shultz Writing Advice