May 24, 2018
I don't know if I've mentioned this before, but I'm head-over-heels for a good retelling. Any era, any genre. Just make sure that it's good.

I have Angie Thompson here with us today, and she's the author of Bridgers, which is a modernized retelling of The Good Samaritan that was very well done and I highly recommend. My only qualm is that it should have been two books, as the story climaxed in the middle. All the same, lovely, lovely story, and I really liked her take.

And now she's going to talk about bringing stories into the modern era. 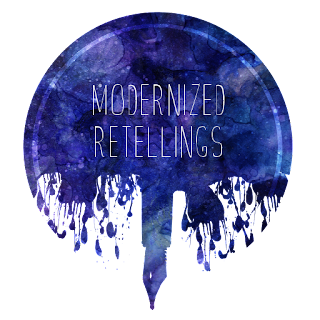 So, I’m here today to talk about modernized retellings. After all, I’ve written one, so I must be an expert, right? *ahem* Yeah, let’s go with that.

Or, I could admit right off the bat that I’ve never read a book, attended a workshop, or skimmed a blog post on how to write a modernized retelling. I wrote one because it was the story I was given and not from any sense that I was specially qualified to do it. But along the way (and, let’s be honest, from having a sister who’s a diehard modern-Cinderella-story fan), I’ve gleaned a few bits of wisdom that may help if you ever find yourself with a modern retelling that’s demanding to be written.

Let’s get started, shall we?

Point One - Look Beyond the Obvious
If you’re just starting in to define your characters, or even if you think you’ve already nailed them down, it’s a great idea to stand back and take a fresh look at your inspiration. Even (or maybe especially) stories that have an obvious modern parallel can almost always benefit from a peek below the surface. Peel back the layers of the original characters, plot, and theme. Ask yourself which aspects you want to emphasize in your story. Don’t forget, if your readers wanted the original, they’d read the original. They want to see your interpretation, and the more unexpected, the better.

For example, let’s take the knight who rescues the princess. Would everyone and their Aunt Agatha’s cat expect him to be a movie star or the captain of the football team? Double check whether it’s really his prestige that’s needed to drive his role. If so, could you make him a brilliant scientist? A world famous chef? A prominent lawyer? If not, try studying his character from another angle. Would his warrior ability come into better focus as a soldier? A martial artist? A lawyer? (Battles, courtrooms--I’m starting to see a theme here…) Or could you give him a twist as an ordinary guy who just happens to have the key skill that’s needed for the big showdown?

This is a great strategy for secondary characters, too. Does the princess have a loyal servant who’s key to the plot—or just a fun character? A best friend might be a bit cliche (or not, depending on how you draw her), but what about the receptionist at her job? The barista at her favorite coffee shop? The old lady who’s walking her dog every morning as she leaves for work? The farther removed the original character or plot point is from your modern-day setting, the more your creativity can shine!

All this is not to say that you can’t or shouldn’t ever go with the obvious choice, but even if you do end up using that handsome football player, brainstorming other possibilities will deepen your understanding of your story and, if nothing else, make it clear that the obvious choice is the right one—for better reasons than the fact that it’s obvious.

Point Two - Pick Your Battles
This is true of any retelling, but it’s especially important when translating a story to a contemporary setting. Remember, your readers know this world intimately! If you start trying to shoehorn characters, settings, and events that don’t fit the expectations of the modern world into your story in order to preserve every piece of the original, you won’t please anyone, no matter how much they liked the original.

Of course, you need to preserve the major plot pieces and characters that make your book a retelling and not an entirely new story, but it’s important to realize that you can fudge on some of the details. If you can’t find a convincing reason to include your hero’s sidekick in a certain high-level board meeting, it’s probably better to keep him out and get him the information some other way. If your text-engrossed princess suddenly decides to write her heart out on paper just so we can see the letter being torn to pieces by the villain, your modern-world consistency is slipping.

Here’s an example from my own story. One of the key elements in the parable of the Good Samaritan is when the despised stranger leaves the wounded man at an inn, paying the innkeeper for his care and promising to pay more if necessary. Trying to translate this scene into the modern setting I had chosen gave me quite a bit of trouble. Can you imagine a scenario where an inner-city teenager would be able to pay the bills of a stranger he’s found and taken to the hospital? Or where he’d even be given the chance? I certainly couldn’t.

Going back to point one, I had to ask myself what was most important about this action. After a while, it became clear that the focus needed to be the unexpected generosity and not the specific bill. It still took a bit of work, but I was finally able to find a way for my modern-day teen to make a similar sacrifice without stretching the bounds of believability. The comparison isn’t exact, but consistency in your story and with your setting will almost always trump a closer parallel to the original.

Point Three - Go For It
If not every piece of the original needs to make the transition to your modern world, the reverse is also true—not every piece of your modern story needs to have a parallel in the original. That sounds a bit redundant, but I’m looking at things from a different angle here. Picking your battles is about being willing to leave things out; going for it is about being willing to add things in.

Have you found a fun and interesting character who doesn’t have a counterpart in the story you’re retelling? Don’t be afraid to explore him a little. Does your modern setting spawn undercurrents and sub-themes that don’t match the original context? Don’t feel like you have to shy away from them. Is the story screaming to find out what happens next? Don’t assume it has to end at the same moment its parent did.

In a modern retelling more than any other kind, you have the chance to make an old story uniquely accessible to readers who may never have seen its connection to their own lives. Don’t pile on rabbit trails until the story is unrecognizable, but don’t miss the chance to extend an important subplot just because it doesn’t fit neatly into the old structure. Again, know your world and find the natural paths and connections in your story that will make it resonate with your modern audience.

To sum up, remember that “it would never happen like that now” doesn’t have to be a death sentence for your modern retelling. In fact, it can be a great tool, especially if it forces you to get creative, trim off the excess, and step out into unexplored territory. Give it a try and see what you think!

Questions? Comments? Arguments? Tomatoes? I’d love to hear from you. (Well, maybe after you’ve put down the tomatoes…) :)