Anywho, we're talking about children's fantasy now, and we have Kandi J. Wyatt here to talk about it. Kandi's the author of multiple fantasy novels, including Journey from Skoria, which is specifically marketed to kids. 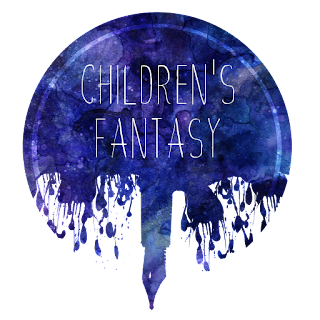 1. Don’t dumb it down.
Really, this is key. Just because you’re writing for kids doesn’t mean you have to use simplistic words and plot. They actually prefer a challenge and parents like it, too. Just look at Lemeny Snicket’s Series of Unfortunate Events.

2. Remember you’re writing for kids.
Remember being a kid and sitting around the campfire telling ghost stories? You wanted to feel the fear, but you would have been totally grossed out by a gory story. The same is true with writing fantasy for kids. You want to write in way that doesn’t talk down to them, but at the same time you don’t need to give every detail of the battle.

3. Don’t be afraid to touch on dark themes.
Just because we’re wanting to shield kids doesn’t mean we can’t warn them through stories. Dragon’s Cure is an example. I wanted to touch on what it’s like for someone who’s been abused to live a full life despite the abuse. As the story progresses human trafficking gets thrown in. I was able to keep the gory details out, and still give a cautionary tale that kids will be able to find enjoyable. One blogger put it this way:

“Ms. Wyatt has also tackled a sensitive contemporary topic with the skill of a master, not hiding the horror of kidnapping and slave trafficking, while not uncovering the most hideous sides of it.” (Dii from http://tometender.blogspot.com/2016/09/dragons-cure-by-kandi-j-wyatt-dragon.html)

Some of my fondest memories as a mom was when my fifth or sixth grade son came home and said, “Mom, you’ve got to listen to this book.” We sat down, and as I helped him clean his room, we listened to Cornelia Funke’s The Dragon Rider read by Brendan Fraser. That is still one of my favorite books. The kids and I both loved it because of the characters.

First there’s Firedrake, the dependable dragon who makes peace with all. Then there’s Sorrel, his companion brownie who uses mushrooms as insults and swearing. There’s Lola the Rat who flies around in an airplane, and Twigleg the homunculus. These all have their own little quirks and idiosyncrasies that bring the story to life.

I’m sure there are more things to take into consideration when writing children’s fantasy, but for now, that should get you started. Above all, write a good story. After all, Tom Bombadill and The Chronicles of Narnia were children’s stories.
Genre: Fantasy Indie e-Con Kandi J. Wyatt