May 26, 2018
Dragons are the most awesome part of fantasy - and I love that they come in all forms. Erica Laurie is here today to discuss a few of those forms.

Erica's the author of a number of Korean-eque "fairy tales," including the lovely Chung Jo and the Sea Dragon, which, of course, contains a dragon and is absolutely lovely. Let's turn things over to her, shall we? 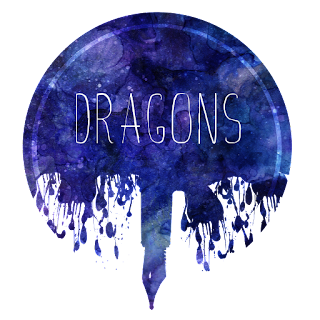 My topic for indie e-con is dragons. And the first thing I want to say is dragons are awesome. They can be good or evil. They can be mere beasts to sentient beings.

The typical western dragon is a large scaly winged fire breathing beast. Some descriptions say serpent like, some say a giant lizard. Some have four legs, others have two.  No matter how you picture a dragon, it is a safe bet that if you captured that image and shared it, the viewer would know it’s a dragon.

The most common dragon in western culture is the evil dragon. The hero must defeat the dragon to complete his journey. These dragons live in caves and hoard treasures. They may even capture a princess.

Of course, dragons are now much more than this.

Eastern cultures also have dragons. More often these dragons are benevolent and may grant wishes. Of course, they have bad dragons too. As you dig deeper into the legends and mythology of dragons an entire amazing world awaits you.

I, like many fantasy authors, spend time with dragons. Like many readers, my earliest memory of a dragon is Smaug from The Hobbit. Greedy and evil.  And there are many dragons like that. Then one day I stopped in Pern and met the fire lizards and dragons that inhabit it.   Dragons became something more than the beasts that hoard treasure. It was these contrasts that fed my love of all things dragon.

I enjoy writing a mix of Western Dragons and Eastern Dragons.  I hope you’ll check out some of my work, where I have dragons the size of hummingbirds, to larger counterparts.
Erica Laurie Genre: Fantasy Indie e-Con