May 26, 2018
We've been talking about retellings quite a bit this week (sorry, they're my favorite thing and I love talking about them...) and now we've come to the crowning glory: the fantasy retelling.

Here to discuss it, we have Laurie Lucking, author of a Cinderella-esque story known as Common, which is a very lovely story that I quite recommend. And it's apparently not her only experiment with fairy tales!

Let's hear what she has to say, shall we? 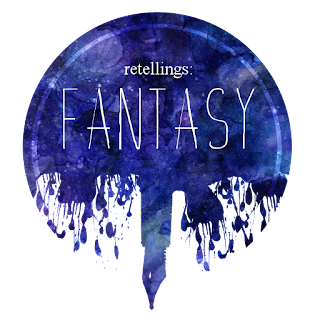 I adore fairy tales and fantasy is my favorite genre, so there’s nothing I love more than fantasy retellings! While I enjoy seeing fairy tales reimagined in any genre, fantasy lends itself especially well to retellings, since most classic fairy tales have some element of magic or other-worldliness. Whether it’s a fairy godmother, a prince transformed to a beast, or a mermaid who longs to be human, this is the stuff great fantasy is made of. So let’s talk about how to make those retellings as appealing as possible to fairy tale fans!

Include Recognizable Elements
If you’re going to write a retelling, actually write a retelling. If not, just say your story was inspired by a certain fairy tale or other classic, or skip the references altogether. What I mean is that when readers pick up a book that’s advertised as a retelling, they want to be able to see the connections to their beloved fairy tale. Be as creative as you want with these touchpoints, as long as the average reader would recognize what they represent in the original tale. For example, in Cinder by Marissa Meyer, the Cinderella character is a cyborg and the entire storyline takes a very different direction than the original fairy tale. But the book still incorporates enough recognizable elements to work as a retelling, including an evil stepmother, a royal ball, and, of course, the title character’s name :) What you don’t want are incredulous reviews saying things like, “[Book title] was supposed to be a retelling of that??”

Make it Your Own
While you want to make sure to incorporate clear connections back to the original fairy tale in your retellings, a version that just rephrases the original isn’t likely to hold a reader’s interest for long. The downside to fairy tales is everyone can easily predict the direction the story is going. But they can’t predict your particular take on it. So find a way to make your version unique, whether it be a twist, a recharacterization, or a fresh setting. This concept was illustrated well in Trevelyan by Naomi Musch, a retelling of Beauty and the Beast. The plot thread involving Belle and the Beast stayed very true to the original, to the point that I’m not sure I would’ve kept reading if that were the central story. But the author also included a group of human men and two elven princes who set out on separate journeys to rescue Belle, and that unique aspect made me curious to see how the various storylines would come together in the end.

Use the Fantasy Genre to Your Advantage
When trying to determine your own unique spin on a fairy tale, the breadth of creativity found in the fantasy genre can be the perfect place to look! The balance between staying true to the original while also intriguing readers can often be achieved simply through retelling the fairy tale in a setting with imaginative world-building or by incorporating different magic or fantasy creatures than exist in the original. For example, I wrote a Snow White retelling (which will hopefully be published in an anthology in the near future!) in which the Snow White character was human but all the other important players were dryads. Several of my critique partners commented they enjoyed the fact that they only saw some of the connections to the original fairy tale in hindsight because the dryad twist made it so unpredictable. I felt the same way about Ella Enchanted by Gail Carson Levine, in which the Cinderella character is under a spell that forces her to be obedient, making the story fresh and interesting. (Apparently I really like Cinderella retellings!)

Keep it Relatable for Modern Readers
Fairy tales are so timeless because of their beautiful messages of true love conquering all, the power of courage and selflessness, and seeing past appearances. But when you take a closer look at the originals, many of the gruesome events and characters’ choices are hard for modern readers to swallow. A maiden marrying a prince she just met? A little girl eaten by a wolf? A carved out heart placed in a box? A severed horse head that can talk? As you develop your retelling, be sure to keep your story palatable for your audience. Allow your main character to get to know his or her true love for a while before they pledge their lives to each other, for instance. Find creative alternatives to represent the more grisly aspects of the tale, unless of course you’re writing for a horror crowd :) As an obvious example, part of the reason Disney’s animated versions of classic fairy tales are so popular is because they gloss over the darker facets of these stories and give them happy endings, perfect for their young audience. And in their more recent releases, such as Tangled and Frozen, they’ve taken it a step further to add more humor, more character development, and slightly more realistic romances to keep contemporary viewers coming back for more.

Thank you so much for joining us today! For those of you writing or contemplating fantasy retellings, I can’t wait to read them and hope you found this helpful :) What are some of your favorite fantasy retellings?
Genre: Fantasy Indie e-Con Laurie Lucking Writing Advice