May 26, 2018
I actually put down "The Fairy Tale" for myself to cover today, buuuuuut realized that I really didn't have anything to say on the subject, so I'm shifting my focus over to something that no one else is talking about: The Non-magical fairy tale. Which may have you guys scratching your heads because I'm not a non-magical author...

I'm not. But I have written two non-magical retellings, and have a few more planned. So let's dive in, shall we? 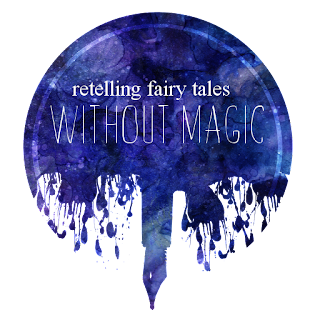 At first glance, you might think that extracting the magic from a fairy tale would take away all of the magic ... I mean, obviously, right?

Well, no. There are actually a number of brilliant magic-free retellings out there. My second favorite retelling of Cinderella is magic-free (and also still unpublished, sigh). And, as I said in the intro, I've written two of the genre myself.

But why would you do it? Well, for a couple of reasons:

1. As a challenge. Magic is shortcuts, and removing magic means that your characters have to work harder and you have to be more creative. I chose to tell CinderEddy without magic because I was challenging myself to move Cinderella from fantasy to adventure, and didn't want to waste space on magic. (I had a very low word limit at the time)

2. For genre or plot reasons. If you're retelling a fairy tale in historical fiction, sci-fi, or contemporary, you may not want to include magic. Or, for instance, when I retold The Prior Quest, I was telling backstory for the Bookania Quests - but during the time when magic was all-but nonexistent.

3. For moral reasons. You might just be uncomfortable with magic in any form - and that's perfectly fine. I personally don't don't take issue with light magic (as long as it's handled well), but I have several friends who have retold fairy tales without the magic simply because they're not comfortable with it or believe it to be morally wrong.

Now, it's all fine and good to have a reason, but how do you tackle the monumental task? Well, that's where I come in. Here are my tips:

1. Know that some fairy tales are going to be harder to remove the magic from than others. Cinderella, for instance, is easy - I can name off multiple magic-free retellings of that tale, including one of my own (And two of my other three Cinderella WIP's, while they involve magic, aren't accomplished by magic). But Cinderella really only has one "magic moment" to address - the fairy godmother's visit. Take a fairy tale like Sleeping Beauty, where the whole thing is steeping in magic from fairy godmothers, to cursed sleep, to true love's kiss. This isn't to say that it's impossible - in the realm of fiction anything's possible - but it's harder.

2. Arrange your characters and worldbuilding carefully. You might make your stepmother a bit more lenient to get Ella to the ball, or you could have your Beast still be perfectly good-looking, but forced to wear a mask due to some traditional stigma of disgrace. One author I was following was working on a retelling of the White Cat where the girl had never beheld a human face (for a motive I don't remember), and wore a white cat mask and made the hero keep his helmet on whenever they were together. (I do not know what became of this author, though. She fell off the face of the earth.) Just ... get creative!

3. Know the heart of the tale. When you're removing the magic, it's essential that you keep the "magic." Understand what the fairy tale is about. Cinderella's about goodness overcoming opression, Beauty and the Beast is about seeing past appearances, and Sleeping Beauty is about the danger of jilting fairies. The first book of the Five Magic Spindles collection put such a brilliant twist on the "jilted fairy" and started off the collection so brilliantly for this very reason.

4. Consider: Technology. Well, for contemporary and sci-fi at any rate. How about a Rapunzel retelling where the internet is metaphorical for eyesight? The last book of the Five Magic Spindles replaced the "spindle" with a deadly weapon and the enchanted sleep for a healing stasis field, and it was brilliant.

5. Steal from other fairy tales. For The Prior Quest, changing Puss-in-Boots from an inherited cat to a man who wanted to repay an old debt to the father but found him too late was the easy part. The climax of the tale involved a lot of shapeshifting magic that I wasn't sure how to address ... until I found a sister tale "How the Beggar Boy Became Count Prio" that followed a similar plotline but had a less magic-challenging climax. There is overlap throughout fairy tales, so use this to your advantage.

So, those are my tips. Hope that helps.
Genre: Fantasy Indie e-Con Writing Advice