May 26, 2018
When I'm not retelling fairy tales, I'm hurling between universes with my pal, Laura, aka, the Doorkeeper. But, alas, Laura said that she was too busy to write up a post about portal fiction, so I found a lovely Portal fantasy author.

Morgan Elizabeth Huneke is the author of the Time Captives trilogy, which is a series about a bunch of kids from one family who get tossed into another world - over the course of multiple generations. Tons of fun. Highly recommend. She clearly knows what she's talking about. 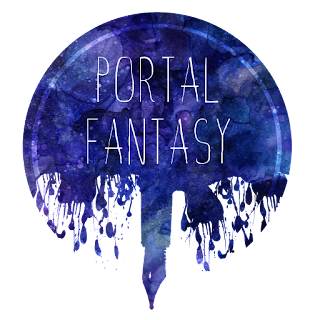 “I—I opened a door, and just found myself here, your Majesty,” said Edmund.
“Ha!” said the Queen, speaking more to herself than to him. “A door. A door from the world of men! I have heard of such things. This may wreck all.”
—from The Lion, the Witch, and the Wardrobe by C.S. Lewis

Portal fantasy is one of my favorite genres. After all, that’s where The Chronicles of Narnia falls, and it’s the genre of my own Time Captives Trilogy. It’s a lot of fun, imagining traveling to another world. However, unfortunately, it can also be tricky to navigate, due to an abundance of clichés. I’m by no means the world’s top expert on writing portal fantasy, but through my experiences, I’ve come up with some guidelines.

1. Make a portal.
This seems kind of obvious, but it’s more complicated than you think. How does it work? Do you open a door? Do you say a magic spell? Do you fall down a rabbit hole? Does a particular character create the portal? Is there a device characters can use to create the portal? Do the characters have any control over activating the portal? Can anyone use the portal, or just certain people? Now, obviously, your readers aren’t going to want a ten page dissertation on the physics/magic that makes the portal work, but you’ve got to give enough details for it to make sense. In The Lion, the Witch, and the Wardrobe, the Pevensies enter Narnia through a portal in the wardrobe, but effectively it only exists when Aslan wants it to. The portals between dimensions in Echoes From the Edge by Bryan Davis are activated with special mirrors and music. In Time Captives, a rhyme appears on the wall to certain members of a family throughout time, and when those words are spoken, a portal appears in the attic.

2. Develop a world.
There has to be another world on the other side of that portal. And it can be anything you like. The trees could be made out of cotton candy, the people could walk on the sky, it could be super technologically advanced or way back in the Dark Ages, there could be castles full of people dressed like Back to the Future II’s version of 2015… Really, you can do anything you want. Just make sure the details are consistent with each other and operate as a cohesive world. Basically, create rules for how the world works and stick to it. If you’ve got spaceships and no firearms…well, make sure there’s a good reason for it.

3. Determine the character’s goal.
This goes for any book. In portal fantasy, the goal is often to save the fantasy world. Sometimes, such as in The Land of Stories by Chris Colfer, the goal of the characters is to return home. Other times, such as in The Silver Chair, the goal is to rescue someone. Whether you use a common goal like “save the world” or something completely different, make it unique. Put all kinds of twists on it—but make sure the twists have a purpose in the plot. “Because it would be cool” isn’t a good enough reason if it means the plot isn’t cohesive.

4. Make it personal.
It’s great to be that hero who wants to save the world because it’s the right thing to do, but it’s not always that realistic. People tend to do things because it affects them. It’s much easier to make the stakes personal when the character is defending his home. After all, like Peter Quill said when asked why he would want to save the galaxy: “Because I’m one of the idiots who lives in it!” You’ve got to be more creative with portal fantasy. This was one of the many reasons I struggled writing Time Captives. Why would they want to save Calhortea? What was it to them? I discovered that their stakes were that they were frozen in time and trapped in Calhortea until they did their best to free it. Essentially, they were prisoners until they saved the world. Even if you’re not writing a save-the-world, the stakes still need to be personal. If the character has nothing to lose…what’s the point?

5. Make that prophecy really good…or ditch it.
“When Adam’s flesh and Adam’s bone…” Everyone knows the prophecy, and they’re just waiting for the hero to come save them. And then everything will work perfectly… The prophecy thing was great when C.S. Lewis did it (can you tell I’m a fan yet?) but it’s tricky to do well. Mostly because it’s overdone. My sister is reading The Underland Chronicles by Suzanne Collins, and she just recently asked if there were any books in the series that didn’t have to do with a prophecy. It can get old. In Time Captives it’s less a standard prophecy and more rumors that have circulated based on the “instructions” the Time Captives were given in the rhyme that opened the portal. So not technically a prophecy. But you don’t need a prophecy, or even a pseudo prophecy. In fact, it might be more interesting to write a story without one. Be creative. My current WIP Acktorek is a sci-fi/portal fantasy in our world with zero prophecy. But I can’t really say more because spoilers (and because I’m not very far and my plan is minimal).


What’s the point of writing a book if you’re not having fun with it? This is a fantasy book, you get to determine the rules, and make it however you want. It’ll be fantastic, it’ll be amazing, and it’ll be something only you can write. Now get out there and start writing that portal fantasy novel!
Genre: Fantasy Indie e-Con Morgan Elizabeth Huneke