May 26, 2018
Say the word "fantasy" and one of two things is probably going to come to mind: cutsey Disney movies ... or the grand spralling plots of epics such as The Lord of the Rings.

I have Jenelle Leanne Schmidt here today to talk about Epics, as she's the author of the pretty epic Minstrel's Song series that finally finished just a couple months ago. I'm very much looking forward to finally sitting down and reading the conclusion of that epic adventure, hopefully soon! 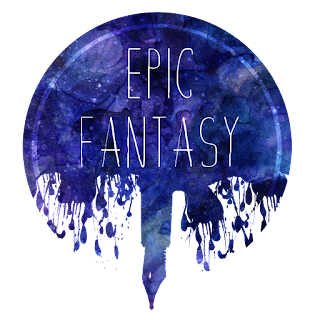 Magic, dragons, impossible worlds, heroes, and Dark Lords trying to take over the world... That’s pretty much what most people think of when they hear the word “fantasy.” Or they might think of the names of a few authors, like J.R.R. Tolkien or J.K. Rowling.

But there is more than just one type of fantasy, and if you are an author trying to write in this wide and varied genre, you may someday come up against someone who doesn’t just ask, “What kind of books do you write?” and be content with the answer of “fantasy novels.” They might just ask, “Oh? What kind of fantasy?” And it would be good for you to be able to give them an answer.

So today I’m going to talk about what makes a story EPIC fantasy, and how that differs from High Fantasy, Urban Fantasy, and Sword and Sorcery.

Epic fantasy is the type of story that heralds back to the days of bards and wandering minstrels. Since they take their roots from ballads, they are often identifiable by their length. Like those same ballads, a defining feature of epic fantasy is its heroes and heroines. They are noble, heroic, and strong in the face of overwhelming odds. This does not mean they are flawless, not by any stretch of the imagination! But epic heroes and heroines are best known for their virtues.

Another defining characteristic of the Epic Fantasy genre is the quest: the need for someone to undertake a long and arduous journey in order to retrieve an item, destroy an item, find something that was lost, or rescue someone or something. However, equally important to the quest is the reason for which the characters go on the quest. In epic fantasy, the heroes undertake their mission for the noble reason of saving others or saving the world. This is one of the clear delineations between the genre of Epic Fantasy and Sword and Sorcery. Both genres have quests, but heroes on the Sword and Sorcery quest generally go for the adventure or treasure aspects of the mission, or even for something as personal as revenge, and not for the more altruistic and nobler reasons of the Epic Heroes who are much more likely to change the world with their actions.

Speaking of worlds, epic fantasy also includes a lot of world-building, because novels in this genre do not take place in our world. They may be connected to our world by a portal or in some other way, and the story may cross back and forth, but an alternate world of some kind is necessary. This is the main thing separating this genre from Urban Fantasy, as Urban Fantasy’s defining feature is that it takes place in our own world, and usually in the contemporary era.

In addition to taking place in other worlds, Epic Fantasy is characterized by the time period it is set within, usually a sort of medieval or middle ages era, which means that the conflicts encountered throughout the story tend to involve swords, arrows, armor, and horses. The story often includes or ends with a large-scale battle of some kind fought in the medieval style of knights.

So, now that we’ve defined the main elements of Epic Fantasy, what really sets it apart from High Fantasy?

High Fantasy and Epic Fantasy are very close siblings in the speculative fiction sub-genre family. But the biggest differences are these: High Fantasy always contains some kind of magic, and it typically deals with different non-human races, the most common of which are Elves and Dwarves. Epic fantasy does not need either of these elements in order to be considered part of its sub-genre. Because High Fantasy is often held up as the “gold standard” of fantasy in the tradition of J.R.R. Tolkien, it is the more difficult genre to break into as an author - especially as many readers tend to consider the moniker of High Fantasy to be more of a badge of honor given to certain excellent stories within the overall fantasy label than an actual genre in and of itself.

So there you have it, a mini-lecture on some of the more popular sub-genres of Fantasy and how they differ from each other. For those of you who write fantasy, hopefully, this can help you figure out your niche with a little more precision!
Genre: Fantasy Indie e-Con Jenelle Leanne Schmidt Writing Advice