May 24, 2018
The genius of fiction is that it allows us to discuss complex issues within a safe space. I know that I've tackled a few subjects already through fantasy ... but, in contemporary, it gets closer to reality.

I have J.J. Francesco here today to discuss how to deal with social issues within contemporary. His book, Because of Austin deals head-on with bullying and the repercussions that can come of it. The story had me in tears by the end of it. Powerful stuff, contemporary. 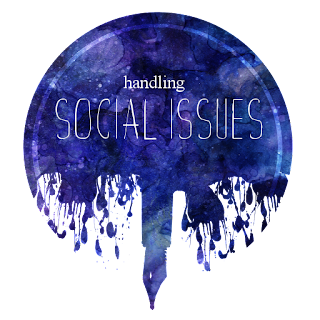 There’s no way to tackle social issues without someone getting hurt. Take too strong a position, and you will tick someone off who disagrees. Play the middle too much, and you’ll be accused from both sides of being indecisive. And make the commentary too vague and you risk the social issue aspect getting lost completely. What to do? Remember good storytelling rules. Tell your story first, and make social commentary support the story. Doing the other way around is what leads to the “cheesy Christian” fiction type that struggles to find more than a niche audience.

On the other hand, stories should be more than just a story. The best stories touch on deeper issues relevant to the culture. Like all art, fiction should be striving to say something. If you censor yourself solely to avoid backlash from your audience, you aren’t being true to your story.

For social issues, take a nuanced approach. If you see that a story that’s brewing inside you is relevant to a social issue you care about, explore how that issue develops naturally within the playing out of the story’s conflict. Often, you don’t need characters giving extended monologues like they’re reading a public service announcement at the end of an after-school special. Or worse yet, talking like they exist in a special interest group’s television campaign commercial. Social issues have very real effects on very real people. Portray that.

One of the times my own books delved into the social issue waters was in my latest book, Because of Austin. With our children dealing with suicide and bullying at younger and younger ages, they’re forced to grow up with a kind of darkness being a part of them. This story stemmed from bullying incidents I was victim to when I was younger. And yet, the story took on a life of its own and became less about me and more about these characters I grew to care about. At some point, I realized that this story about two brothers touched on several relevant social issues facing our kids. From my view, I don’t feel the story comes down as a rallying cry for specific causes as much as it does simply being aware of how our choices have consequences that reach well beyond their initial aims. The story isn’t about judging the characters as much as portraying them.


I think this is where many “social issues stories” go wrong. They become shackled with a particular goal. This theme strangles the believability of the work and ultimately devolves into glorified propaganda. It often looses any relevance to the greater conversation. By focusing more on the people behind the issues without seeking to reduce them to talking points, a greater and deeper understanding of these social issues can arise. That’s not to say an author can’t have a viewpoint and even advocate for it within their work. But let’s take a step back from writing to prove yourself right and explore the reality of what a real life portrayal of an issue would look like. You may even find your story is more convincing for your own point of view when it’s trying less to convince.
Content Genre: Contemporary Indie e-Con J.J. Francesco Writing Advice